It’s a Party, It’s a party for my Finn.
This past weekend, we had a few of Finn’s friends over for his 2nd Birthday. 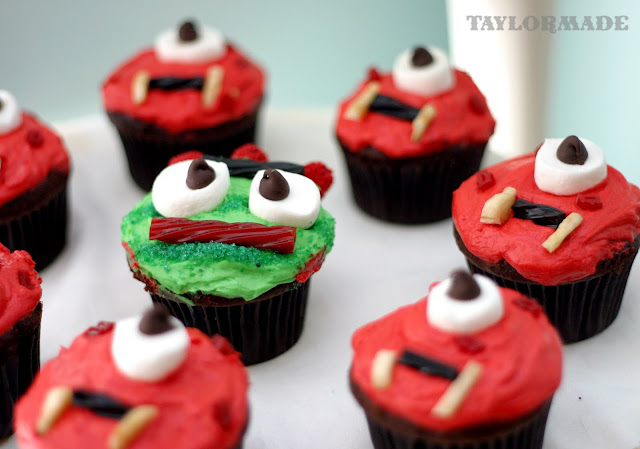 Brobee and Muno were there in cupcake form :) I didn’t want to go too over the top with decorations because he is only two and how can I out do myself year after year? So, I kept it pretty simple. My best decision was ordering pizza instead of trying to cook and heat my kitchen up. I also made some White Wine Sangria – tutorial HERE. 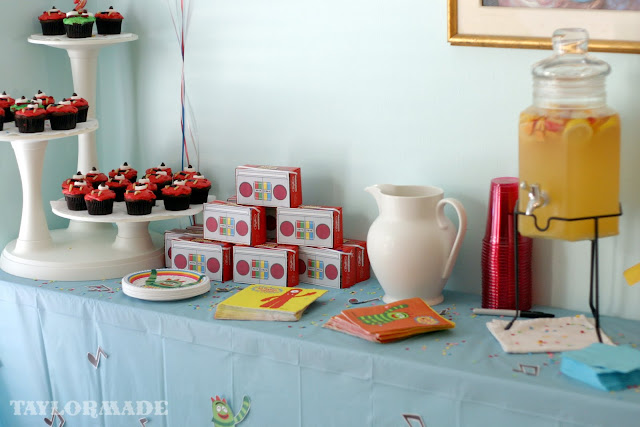 Like any good hostess, I enlisted help. My amazing mom did such a great job on the cupcakes. She didn’t just draw on a face with icing, everything was made from real food. Muno’s teeth are pieces of banana chips. Couldn’t you die over the Brobee one? 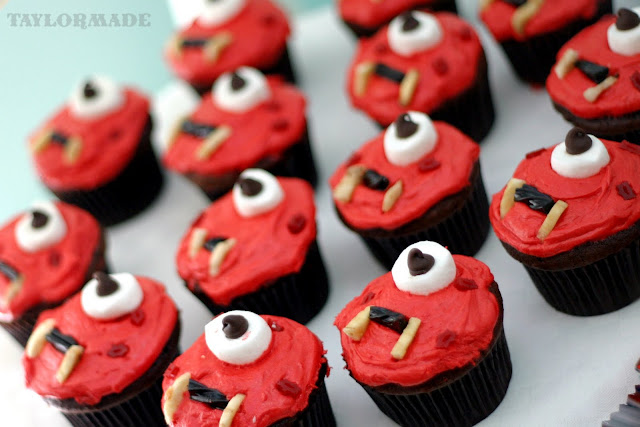 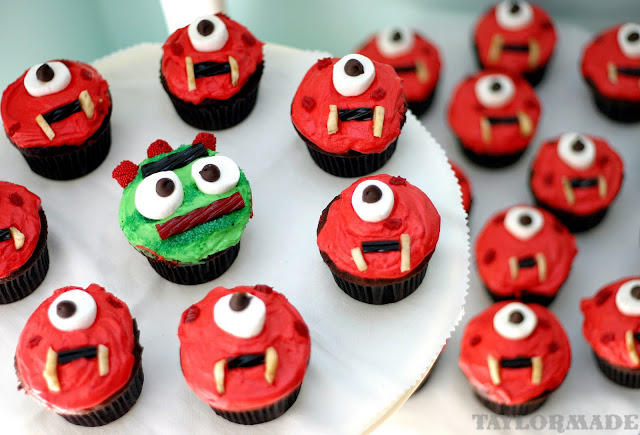 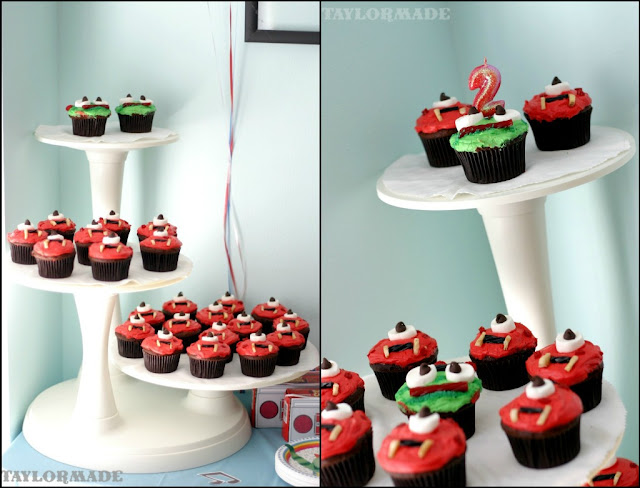 In my opinion, you can’t have a party without streamers and balloons. They are cliche for a reason. 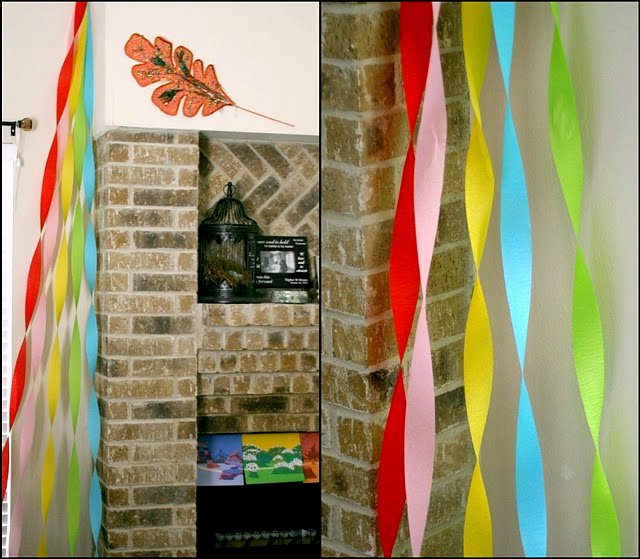 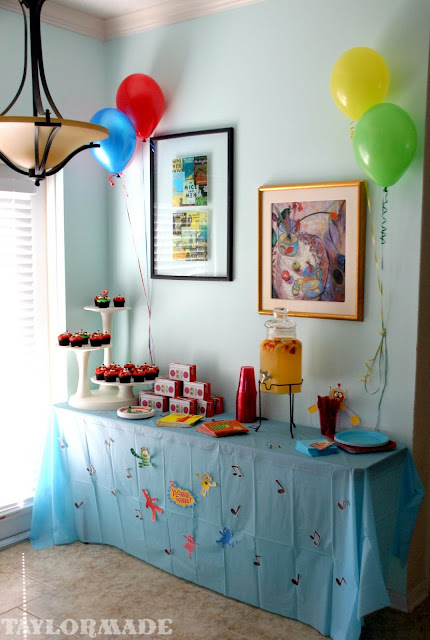 We had to have some healthy snacks for the kids so they were too sugared up from the cupcakes. 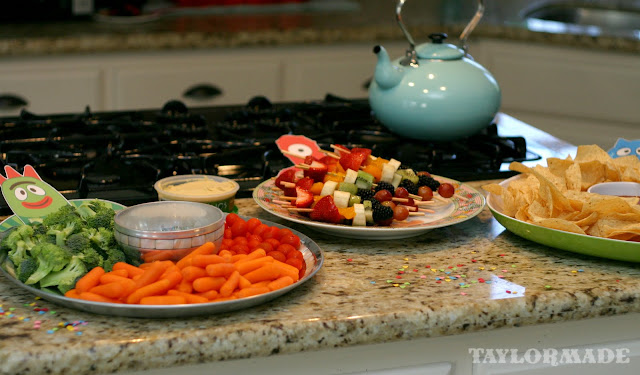 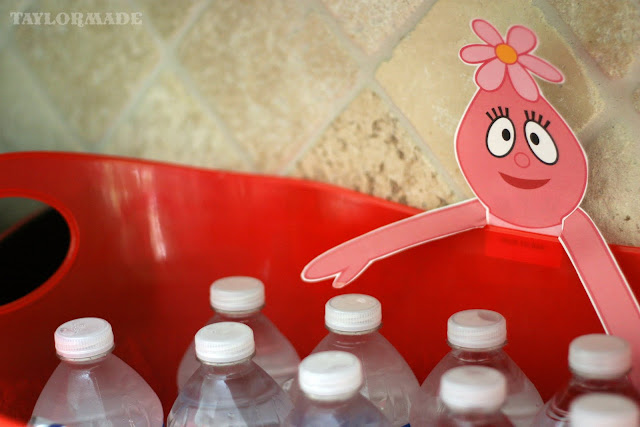 I saw these fancy fruit ka-bobs on Pinterest. These are just cute for life, I don’t need a party to make these again. 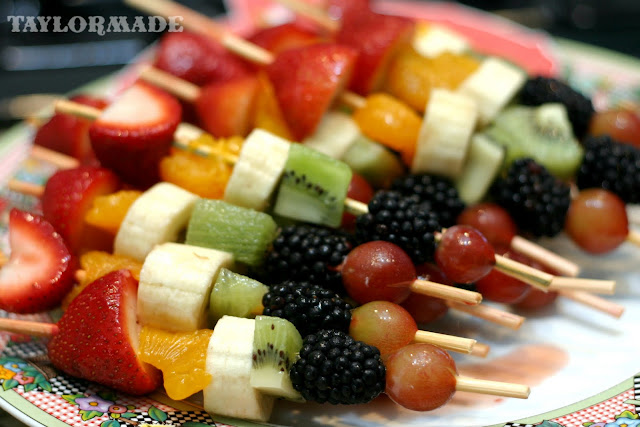 Another Pinterest find… these DJ Lance Rock Radio party favors. The radio is a free printable from NickJr.com and you just tape it to a box of animal crackers. Yes please! 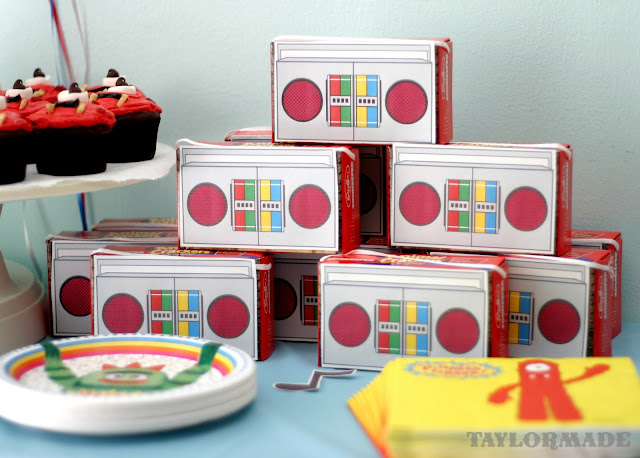 I came across a few birthday banners with the YGG faces but I changed mine a little and had just used their eyes. 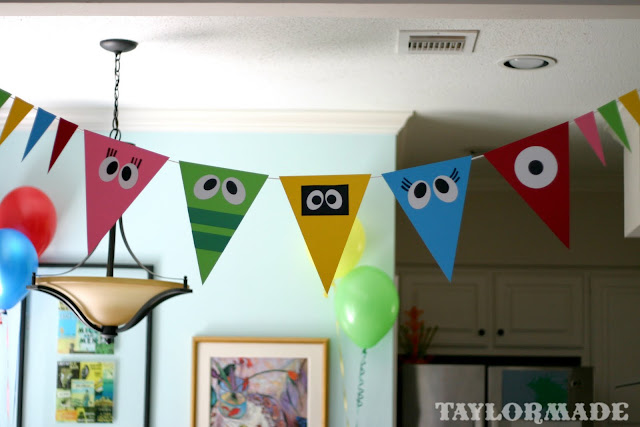 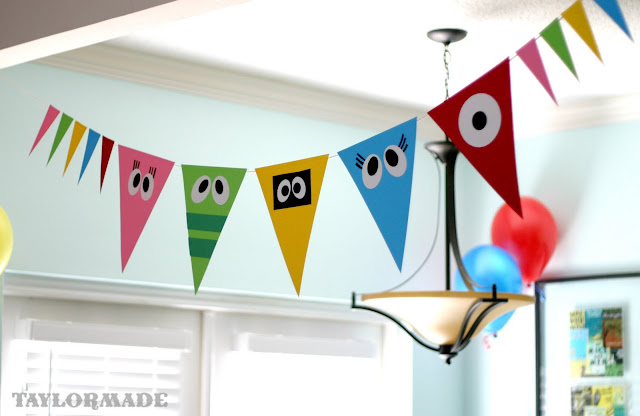 I also made the Birthday Boy a shirt. Which didn’t stay clean or on for long. Tutorial HERE. 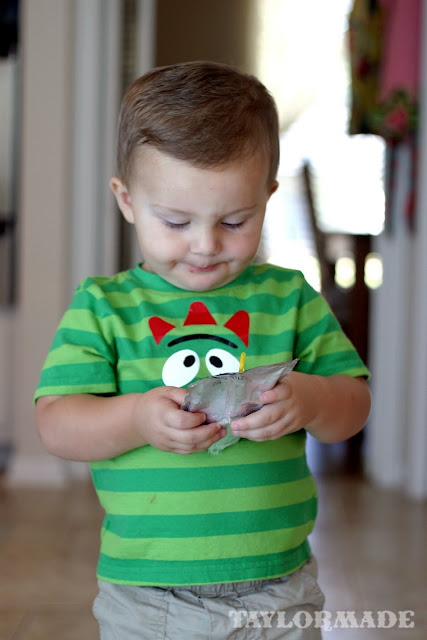 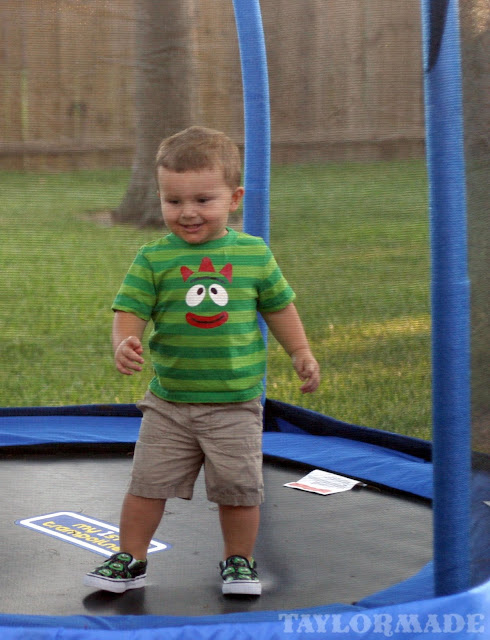 (on his new trampoline)
I would say it was a great time. Any party that ends with eating a cupcake in your underwear is a success in my book. 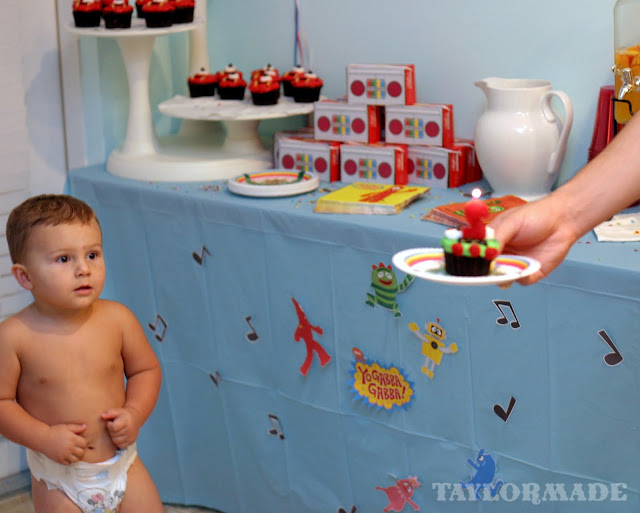 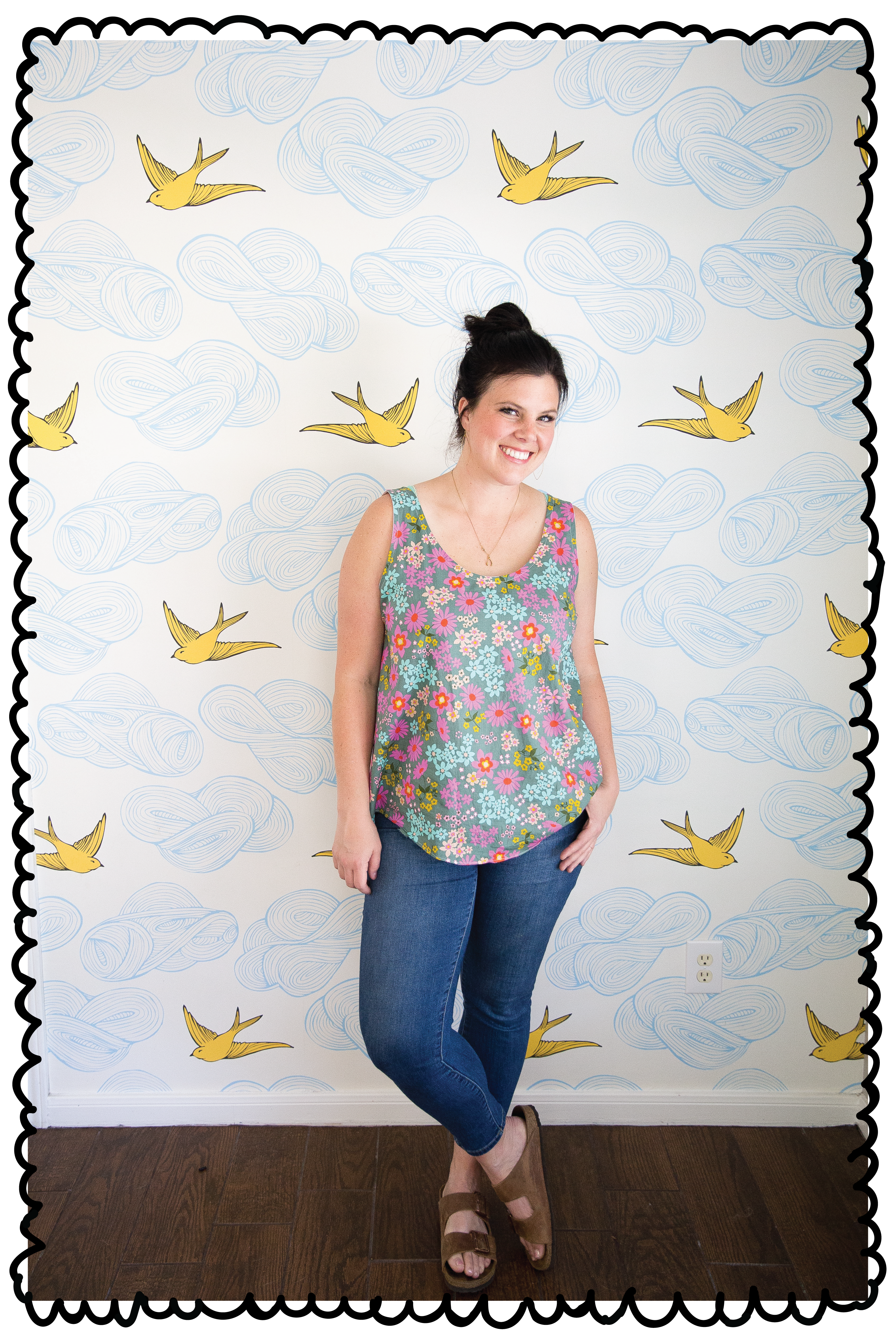