Hello real world, did everyone have a great Thanksgiving? I felt like it was Saturday for five days, and I love Saturdays :) You might ask, why are you giving us a Cranberry Recipe the week after Thanksgiving? Well, cranberries are good for the whole holiday season. That and I made this for my Mom’s Thanksgiving which was the day after and I took pictures as I went, ha. 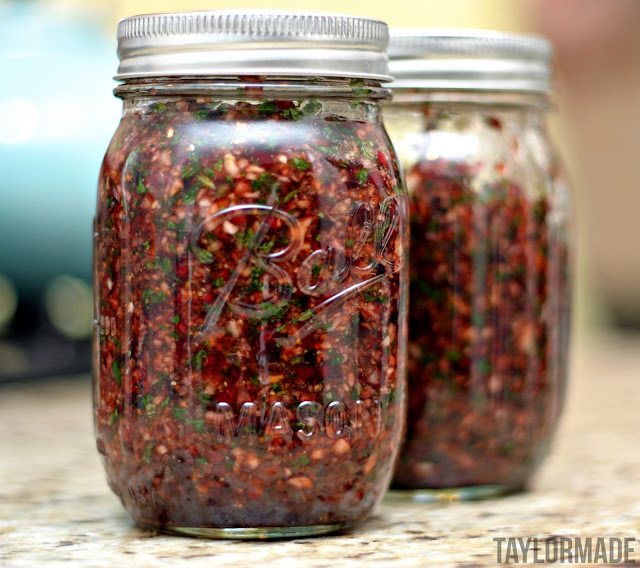 A little back story: My aunt made this for Thanksgiving and brought it to my Mom’s house about six years ago. It was a REALLY big hit with us. Now, I wonder why every family doesn’t make it. It it the perfect accompaniment to every holiday feast. The citrus and black pepper cut the sweet and savory perfectly. Actually, just yesterday my Mom said. “I think I just need to have this on hand for life”. It’s that good. So, we emailed my uncle to get the recipe. Then I was curious and I googled it, I found many similar recipes that were named Cranberry Salsa but none exactly like this one. Does anyone make anything like this? If not, do yourself a favor and whip some up for Christmas. I followed my Aunt and Uncle’s recipe exactly. My Uncle called it “Hudson’s on the Bend Cranberry Chutney” which is a restaurant in Austin, TX, where they live. I wonder if this is some coveted secret?? My Uncle said “The trick to this recipe is to trust the ingredients…..don’t add to or subtract from”. 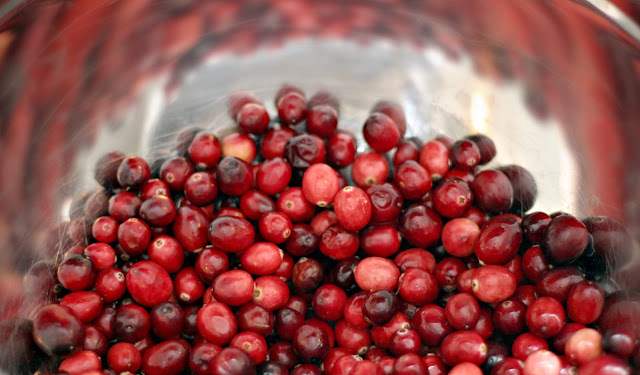 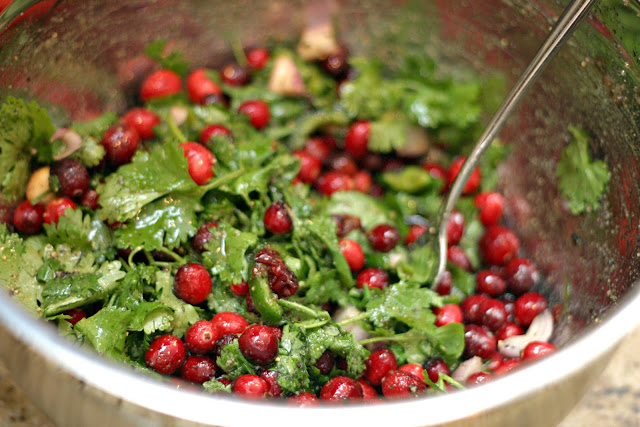 Blend together in food processor 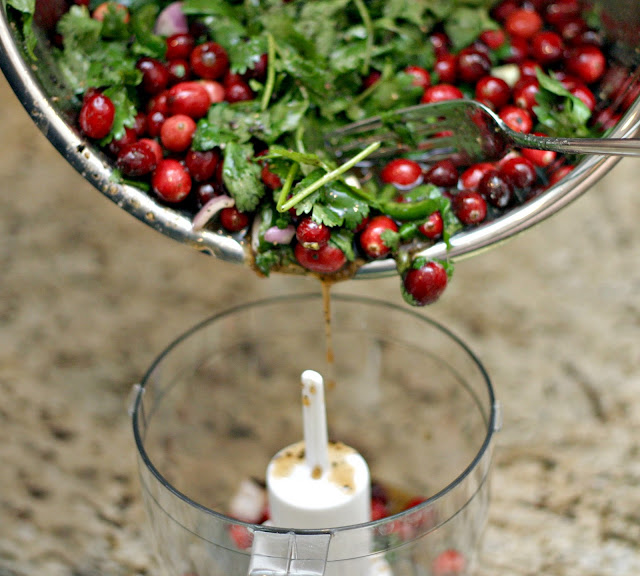 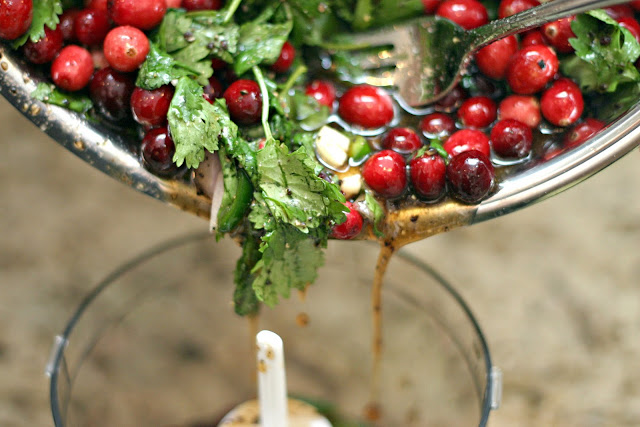 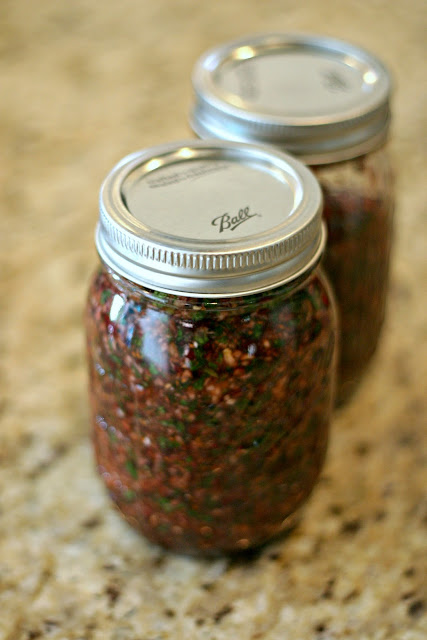 I put mine in mason jars and added a fake fall leaf with twine. But lets be honest, you could serve this out of some old tupperware with a plastic spork and it would be pretty. 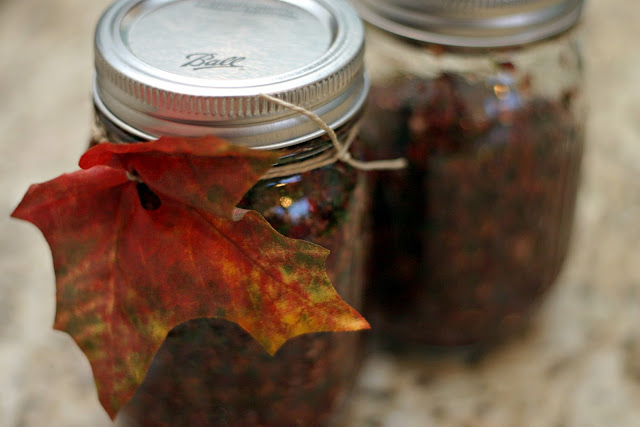 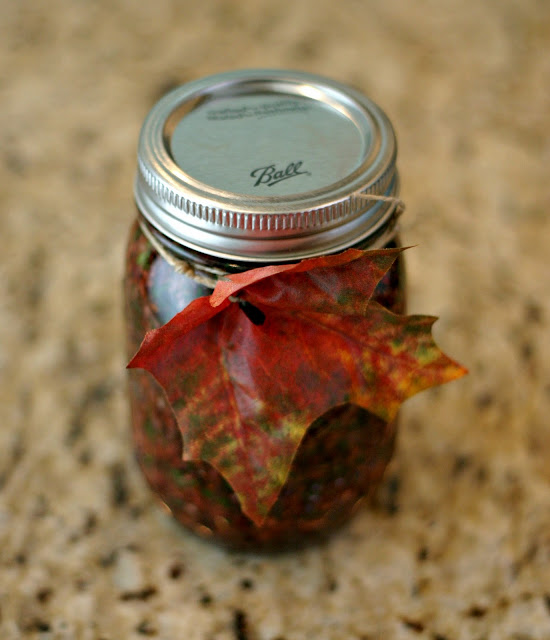 So… was this one anyone else’s Thanksgiving plate? All of the recipes I found online called for green onion and white sugar with no black pepper (which I have to say is a definite must). And does anyone have a secret family side that is out of the norm?

« GPS Case Tutorial
A “Make Your Own Ornament” Party »